Some time ago I came across an advertisement that had listed one of the job aspirants’ requirements as “Managerial courage”.

This set me thinking about what exactly this term defines. Most of us, I dare say are familiar with each of the words individually, however together they take on an entirely new dimension altogether.

We are all familiar with the word ‘Courage’. Courage in the phase of adversity, when faced with danger, are all easy to comprehend. However, in the course of our career in one or more organizations, we are called upon to make decisions or select a course of action that is not easy. What makes this more difficult is that we seem to have a choice of ‘NOT DOING ANYTHING’ and getting away unnoticed also without a significant effect in our career path.

In such a situation Managerial courage is called into account. A manager who thinks of a new way that a process can be run that would greatly benefit his/her organization and works tirelessly to establish it in face of criticism of people who do not want to change or displays Managerial courage.

A manager who negotiates hard with the trade union in order that his/her organization and finally the people gain displays this courage. The manager who delists a supplier for the poor quality but who is in good terms with his/her own boss depicts Managerial courage.

When I see the above cases there are common threads to be seen.

As pointed out earlier, in each case there is a very obvious choice of NOT DOING ANYTHING. Not looking for a new process or not negotiating hard enough or ignoring the supplier on poor quality may not have been noticed nor would it have a big effect on the Manager’s career.

But in each of these cases, a person decides to choose the difficult path just because it is the right path and that is what benefits his organization the most and because he or she believes that is the right thing to do. Taking such decisions becomes more difficult when it involves people within the organization.

In a meeting commanded and driven by an aggressive senior it may happen most people in the meeting including you feel the decision being pushed for, is likely to do more harm than good and if you gather the courage to stand up and put across (albeit humbly) that the decision may not be in the best interest of the organization, you would have displayed managerial courage.

If you dare to shake the system in your quest for excellence knowing full well that it would mean more work for you but you will do a lot of good for the organization, you would have displayed Managerial courage.

Managerial courage is relatively easy as we grow in seniority. With seniority comes to power and with power, execution is easier. It is at the junior level where we need to nurture this important characteristic carefully as this only differentiates a great manager of the future.

Often we see a junior stand up for what is the right thing for an organization but getting put down by authority or managerial concept of “ This is how things are done here”.

In such an event it is our job to lend a supporting hand to the person displaying Managerial courage.

After all, we are all paid to do the RIGHT thing and not what suits us right!! 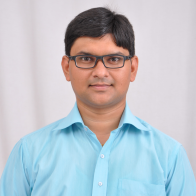 In a Perspective (Not fro...

Sourcing & Supply Chain is a platform for sharing detailed updates on on current global scenarios and expertise of sourcing and supply chain to industries, businesses, research firms and other organizations to build strong sourcing and agile supply chain for their organizations. Our aim is to share knowledge and expertise to industry for building strong supply chain which help them to make businesses profitable.
Contact us: chirag@sourcingandsupplychain.com